Quamaine’s mother contacted us in 2017 in hopes we might find her son a great Big Brother who could help him with academics, have fun with him, explore the world and new experiences, and help him grow into the best version of himself. Describing Quamine as shy, lovable, and intelligent, she shared that it was also her goal for him to gain in confidence and come out of his shell.

After just about one year, we were finally able to find Quamine the right Big Brother, and young man named, John Paul “JP.” While Quamine’s initial interests were focused on reading books (yay!) and playing sports and video games, explains his mom, having JP in his life has expanded his interests and has helped him to blossom immensely.

When asked to reflect on the impact that having a mentor has had for Quamaine, his mother shared, “Quamaine is such a good student, his grades are consistently improving, and he works hard with completing his assignments. He is still quiet, but he is not as reserved as he used to be. He is more expressive with his thoughts and emotions, and his behavior has been great. I think John Paul has a lot to do with the growth that Quamaine has shown over the years!” She also stated that she appreciates the level of consistency that John Paul shows Quamaine by spending time together every Sunday and including Quamaine in his day-to-day life. She expanded by saying, “I love that John Paul and his girlfriend [family and friends] have accepted and adore Quamaine. They absolutely love him, and he appreciates the time they spend together. When we asked Quamaine to share with us about his Big, he said, “JP is really a cool guy. He has taught me a lot of things, and he always makes sure that I am doing my best in school. I have had so much fun with him and I am thankful that he cares about being here for me.”

John Paul is an attorney that became interested in being a Big Brother after hearing about his friend Tripp’s experience as a mentor. John Paul wanted to provide a positive experience to a child, and it is evident that he is indeed doing that. He enjoys spending time with Quamaine, and he strives to teach him something new during each outing. Some of their favorite things to do together have been playing basketball, cooking meals, and tackling landscaping projects. When asked about what he has gained from becoming a mentor, he shared, “I've had so much fun getting to know Quamaine over the past few years. He always makes me laugh, makes me feel young, and offers a fresh perspective on life. I feel blessed we were able to meet and become such great friends.”  We are thrilled that they have such a remarkable relationship and that they have created a special bond together. We can’t wait to see what the future holds for them! 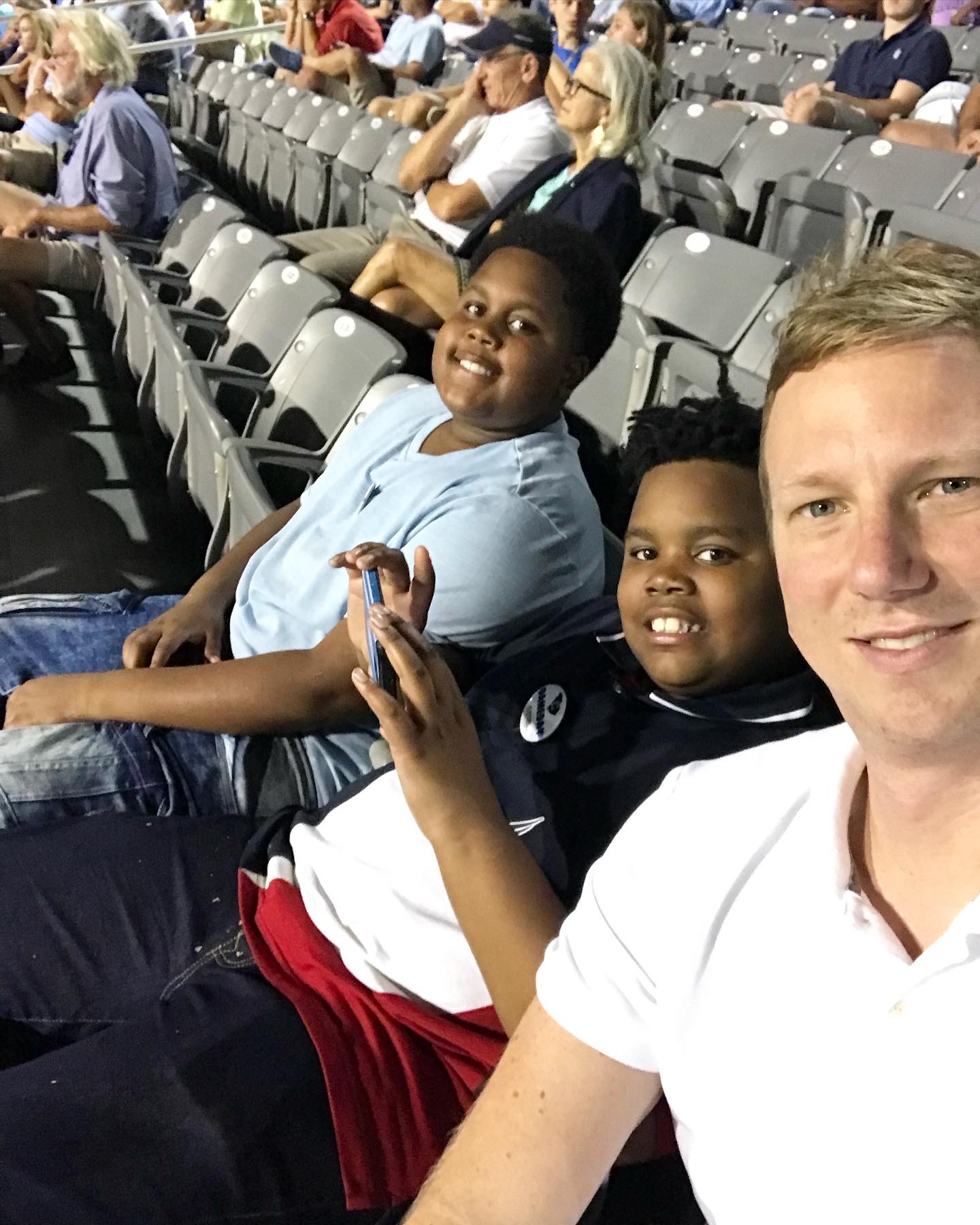