While we only require a one-year commitment to be a mentor in our community-based program, Big Brother Ryan and Little Brother Labron will soon join ranks with some of our strongest mentoring relationships as they celebrate their four (4) year match anniversary!

Before being matched with Ryan, Labron had been our waiting list for six (6) months. Labron’s mother described him as a social child who enjoyed playing games and sports and being outside. Because her son did not have a relationship with his father, she wanted a strong, positive male influence in his life. When we asked Labron what he wanted from a Big Brother he shared he wanted a mentor with whom he could go to new places, who would take him swimming and play video games, and with whom he could just have fun.

Big Brother Ryan currently works as an attorney and considers his father his best friend and the person that he admires most in the world. When asked why he applied to be a Big Brother, Ryan reflected on his father’s role in his life and shared, “I want to be able to help people and be able to make a difference in someone’s life.”

After just a month of being matched and a handful of outings, they already had a secret brother handshake. The pair’s first outing was to go to the airport where they looked at all the different airplanes and got to see some Airforce fighter jets take off. They have also enjoyed playing and watching sports together. They have spent time at the driving range and Ryan often watches Labron play basketball.

During a recent match meeting, Labron’s mother spoke very highly of Ryan and his level of commitment to Labron. She expressed, “Ryan has had a very positive impact on Labron in different areas like grades, behavior, and teaching him different things like sports skills.” Labron also shared that he always looks forward to spending time with Ryan and is happy when they are together because Ryan takes him to do fun activities together.

When we asked Ryan to describe his relationship with Labron, he said, “I feel like it's [as] if I literally have a little brother and we are 25 years a part [in age]. It’s fun hanging out with him, taking him to do things he hasn't done before, and sharing things I enjoyed as a kid with him. Labron has taught me that spending quality time with somebody is more important than money or gifts and that simply being there for a young child can make a difference not only in his life but hopefully our entire community will benefit from it.”

Ryan sees so much potential in Labron and he shared with us that, “I see the future with Labron. These kids are going to be our future leaders, teachers, doctors, pilots, lawyers, and the future of our country. Labron is a smart and curious kid who clearly loves sports and is gifted athletically. He has a high aptitude in school and his curiosity shows his intelligence and that he wants to learn about his surroundings and what is going on.” We can't wait to hear more stories from this amazing pair! 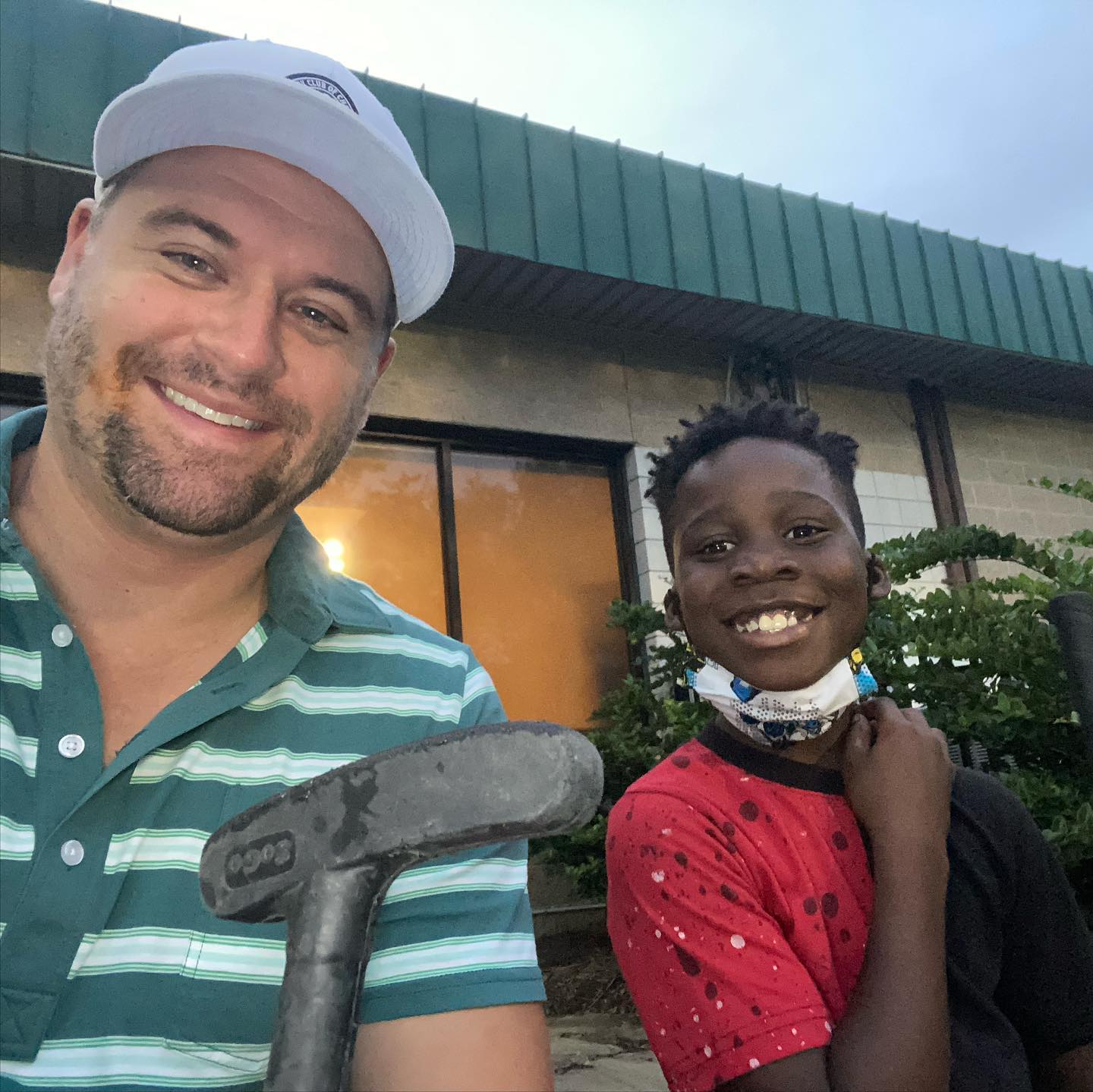