A Little Sister and a Lifelong Friend

During a recent check-in, Big Sister Chris shared that like a number of our Bigs, she was not sure how she would be able to stay connected with her Little Sister Koriyonna. During the past 8 years, their friendship had grown immensely, and they found that they enjoyed doing a lot of the same things. They would regularly spend time together baking cookies, eating sushi and chicken pita sandwiches, and going on bike rides together.

Even with social distancing, the pair were determined to not lose their longstanding connection and friendship. They made sure to keep in touch through weekly calls and texting frequently throughout the week. She even got back to basics with snail mail and surprised Koriyonna with a postcard and a note expressing that she missed spending time with her. When our staff later followed up with Koriyonna, she said, “The postcard was very sweet because I have never received a postcard before, and it showed me how much Chris really cares!”

Although they were able to see one another in-person again, Chris and Koriyonna decided that they would continue to social distance for personal health reasons. Not the type to give up, they decided to set up a socially-distanced outing in Koriyonna’s driveway complete with popcorn and laughter! This gave Koriyonna and Chris some much needed time to catch up and spend time with one another safely.
Koriyonna expressed that over the years she and Chris have grown very close, “I love my Big Sister, I feel like she really is my [biological] sister. She makes time for me when she really does not have to. I feel like she really cares”. She stated that at times Chris’s phone calls “help get her through the day.” Koriyonna’s mother stated that the pair have a very good relationship. She really appreciates that Chris keeps in contact with her daughter and she never has to worry about if the connection is genuine, because it is obvious that it is. She also mentioned that the handwritten post card was a very sweet gesture because “people don’t do things like that anymore”. Koriyonna’s mom has noticed a significant change in her daughter in regards to her academics and behavior and she truly feels that having a Big Sister like Chris has helped her daughter in more ways than she could imagine.”

When asked to reflect on her relationship with Koriyonna, Chris said, “Over the past eight years I have seen many changes in Koriyonna. Initially she often kept her feelings bottled up which made it hard to know what she was thinking. But no more! She is so talkative and has such a great sense of humor. She has grown into such a loving, caring, kindhearted teenager and I am so proud of her. I can’t wait to see what these next few years bring because I know she can achieve whatever goals she sets for herself!”

Chris also expressed her gratitude for what she has gained from becoming a mentor, “I feel so blessed to have been matched with Koriyonna and I’m very grateful to the [Big Brothers Big Sisters] program. Mentoring has given me the chance to hopefully make a difference, and through Koriyonna I have gained a sister and a lifelong friend.” 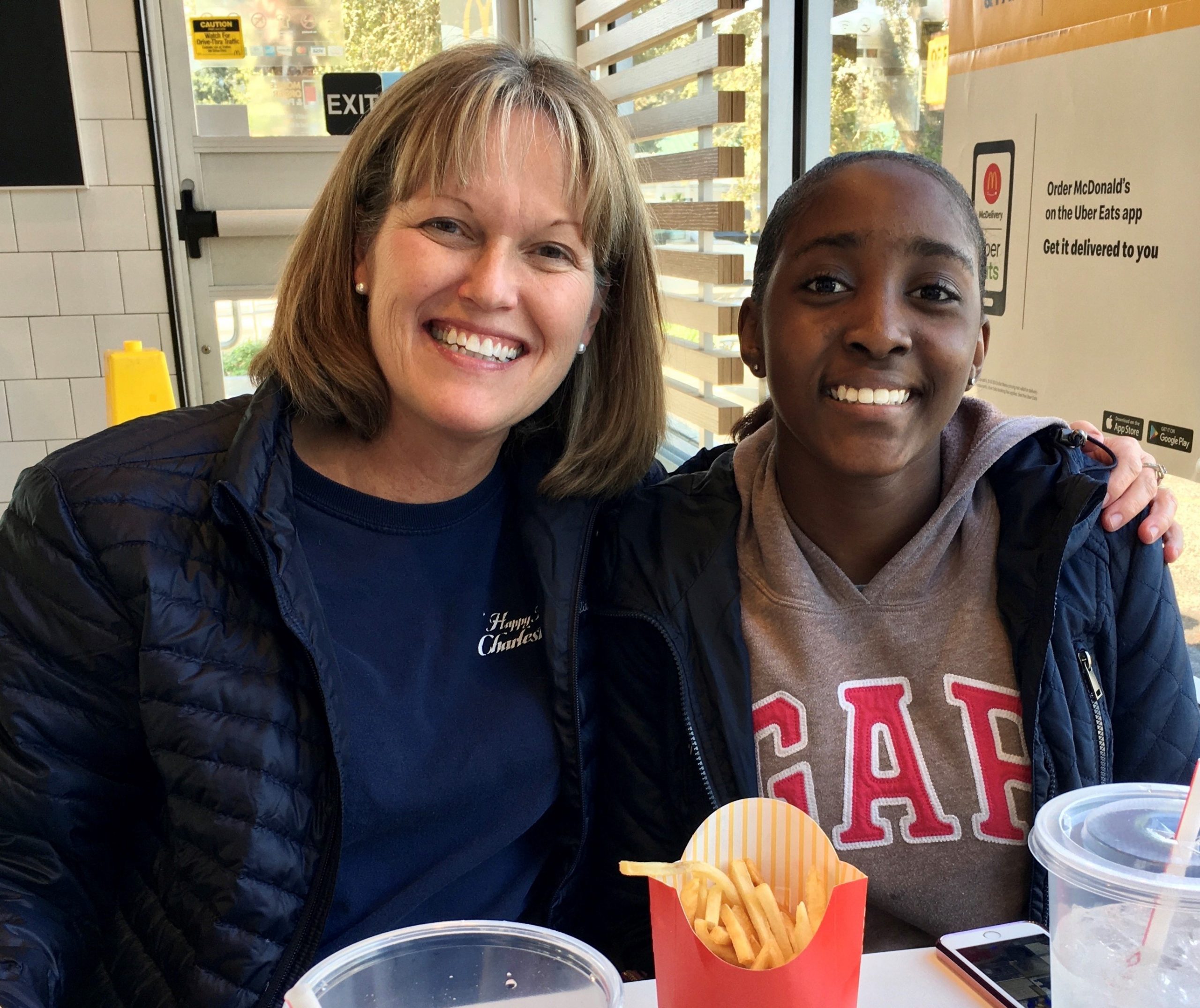